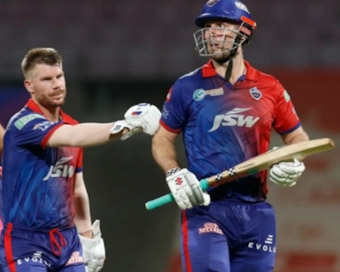 Mitchell Marsh and David Warner put up a stand of 144 runs for the second wicket to power Delhi Capitals to a much-needed eight-wicket win over Rajasthan Royals at the DY Patil Stadium on Wednesday.

After Marsh along with Chetan Sakariya and Anrich Nortje took two wickets each in restricting Rajasthan to 160/6, he came out to lead the chase with a 62-ball 89 while Warner hanged around to play the anchor, remaining unbeaten on 52 off 41 balls.

For Rajasthan, Ravichandran Ashwin's promotion to three resulted in his first IPL fifty while Devdutt Padikkal chipped in with 48. But with other batters unable to contribute much in ending phase of the innings, Rajasthan were left with a total which was just par and was easily overhauled by Marsh-Warner show, who had luck on their side in crucial moments.
Rajasthan drew first blood when KS Bharat departed for duck on second ball, going for pull but edged behind to keeper off Trent Boult. Prasidh Krishna backed it up with a maiden over while finding some swing.
Warner and Marsh were cautious but started to open up when the latter hit Ashwin for a six over long-off. The duo took a four each off Boult before Marsh brought out an excellent pick-up shot off Krishna to clear backward square leg fence. Post power-play, he welcomed Kuldeep Sen with sixes over cow corner and down the ground.
Warner had three slices of luck in ninth over off Yuzvendra Chahal - a pulled six just cleared deep square leg, a miscued loft fell short of sliding long-off at 19 and on last ball, ball brushed past leg-break with bails lighting up but weren't separated.
After flicking Sen through square leg, Marsh reached his fifty in 38 balls with a loft down the ground off Chahal. He continued to make merry against pacers, slamming for back-to-back fours through backward point and backward square leg to keep Delhi in driver's seat.
Warner creamed Sen through extra cover; then he skipped down the pitch to sweep Chahal through backward square leg. The duo went on to feast on short balls from Ashwin, with Warner pulling over long-on and Marsh playing the same shot over square leg to take 15 runs off the off-spinner's final over.
After Ashwin, Boult came under thrashing from Marsh and Warner, who collected two fours and a six via the pull, with the former bludgeoning one over deep mid-wicket for a 102m six. In an attempt to get his eighth six, Marsh top-edged a slog-sweep to keeper off Chahal, falling 11 short of what would have been his first hundred in IPL.
Rishabh Pant carted Chahal for two sixes over long-off and deep extra cover while Warner finished off the chase with a pull through deep mid-wicket, taking Delhi to victory with 11 balls to spare.
Earlier, pushed into batting first, Jos Buttler was kept quiet by Sakariya's left-arm pace. Eventually, Sakariya got Buttler out when the Englishman hit one coming in straight to mid-on off a thick inner edge.
Ashwin's promotion to three as a pinch hitter began to work well when he carted a brace of fours off Shardul Thakur; a neat whip over mid-wicket was followed by a crisp punch through extra cover. Ashwin further took a four with a cut through point and followed it up by dancing down the pitch to hit a six off Axar Patel in the final over of the powerplay.
Yashasvi Jaiswal couldn't repeat the heroics of his 68 against Punjab Kings, falling to Marsh while trying to hook over the long boundary but found deep square leg instead. But Padikkal stylishly got off the mark with a square drive through off-side and took another four off Marsh with a pull through fine leg.
Padikkal took a liking to Axar's left-arm spin, striking him for consecutive sixes through a switch-hit and a smack down the ground. Ashwin, who has been stuck till then, danced down the pitch to hit Kuldeep Yadav for six over long-off and then took a four off Sakariya with a cheeky ramp over keeper's head.
Tweet
Share 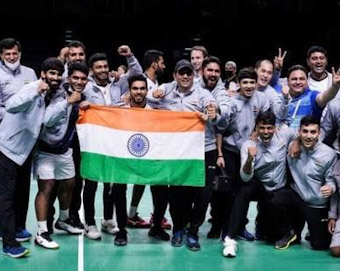 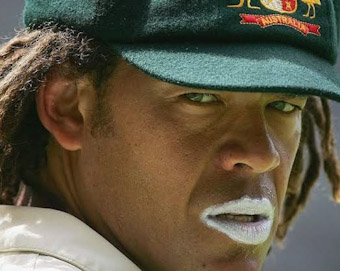 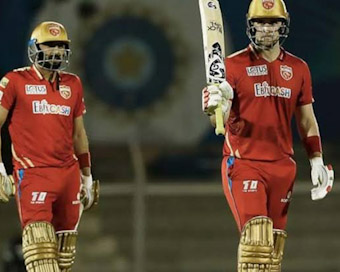 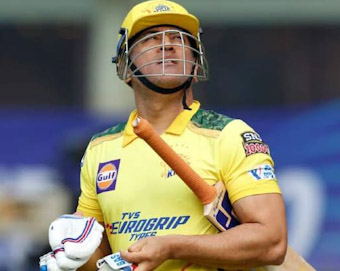 CSK Vs MI: It's A Kind Of Game Where You Learn A Lot, Says Dhoni After CSK Got All-out For 97 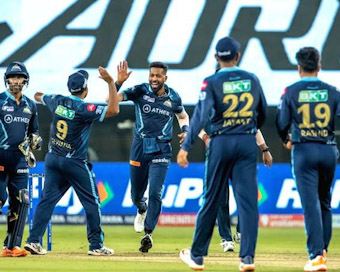 Proud Of The Boys, Says Skipper Hardik Pandya After Gujarat Qualify For Playoffs 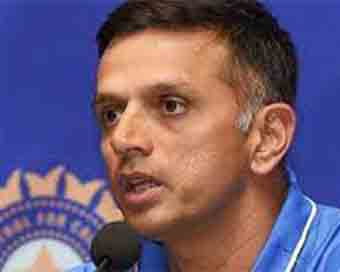 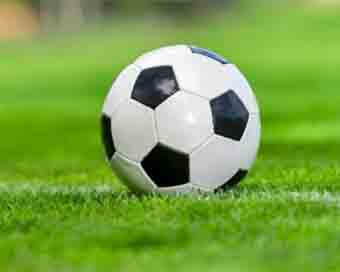 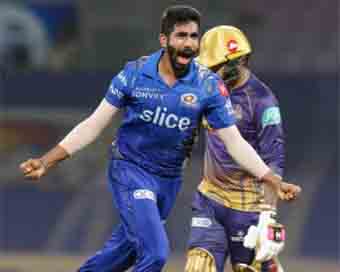 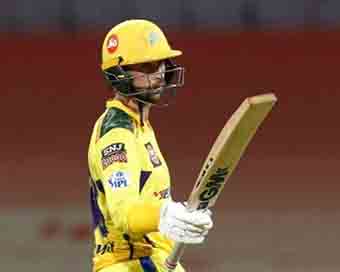