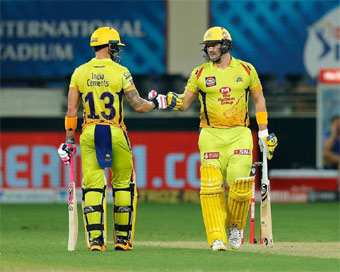 Shane Watson roared back into form with a hard-hitting unbeaten 83, as did three-time winners Chennai Super Kings (CSK), who smashed listless Kings XI Punjab (KXIP) by 10 wickets in an IPL match here on Sunday night. Faf du Plessis, too, played a steller role for CSK with a priceless 87 not out.

KXIP won the toss and while opting to bat scored 178 for four wickets in 20 overs and CSK made 181 for no loss in 17.4 overs to seal a comfortable win and earn two points.

The win took CSK to four points from five matches – and to the sixth position -- on the eight-team table while KXIP are now at the bottom with two points from five games, and find their backs against the wall.

After drawing lot of flak for their lacklustre show in their previous three matches, CSK staged a grand comeback at the Dubai International Cricket Stadium.

It was CSK's second 10-wicket win in the history of the league, and the first one was also against KXIP, in 2013. Meanwhile, the MS Dhoni-led side also became the first team in the ongoing season to win while batting second in Dubai.

While Watson, who struggled in the previous games, smashed 11 boundaries and three sixes, du Plessis' knock contained 11 fours and one six. The massive win also saw CSK improve their standings in the points table as they jumped two spots to be at the sixth place.

Chasing a 179-run target, CSK were off to a flying start as Watson and du Plessis took their side to 60 runs in the initial six overs before adding 41 runs in the next four overs. The KXIP bowlers hardly opened up any opportunities during CSK's innings as they succumbed before the openers' quality act in the middle.

Both CSK openers notched up their respective half-centuries in the 11th over before they comfortably steered their side to a comprehensive victory. South African du Plessis hammered Mohammad Shami for a boundary through extra cover to put the final nail in the coffin.

Earlier, skipper KL Rahul's scintillating 63, Nicholas Pooran's fireworks (33 off 17), along with some valuable contributions from others, helped KXIP 178/4 in the 20 overs.

Opting to bat, Rahul and Mayank Agarwal (26) provided an ideal start to their side as KXIP reached 46 runs in the initial six overs. Leggie Piyush Chawla got the first breakthrough for CSK as he dismissed Mayank in the ninth over as KXIP's scorecard read 61/1.

Rahul was then joined by Mandeep Singh (27) and the pair stitched 33 runs for the second wicket. Just when KXIP were approaching the three-digit mark, Ravindra Jadeja packed back the latter in the 12th over.

Pooran and Rahul were then involved in a crucial 58-run partnership for the third wicket before Shardul Thakur dismissed both the batsmen in consecutive deliveries of the 18th over, leaving KXIP at 152/4.

Some effective bowling by Shardul and Dwayne Bravo in the final two overs restricted KXIP to a moderate total. Glenn Maxwell and Sarfaraz Khan remained unbeaten on 11 and 14
runs respectively. 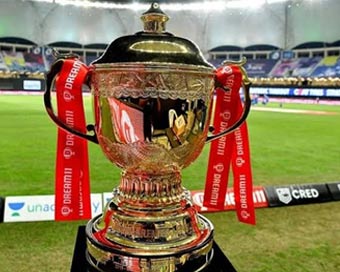 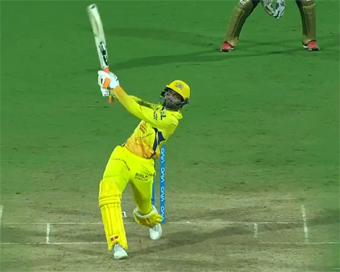 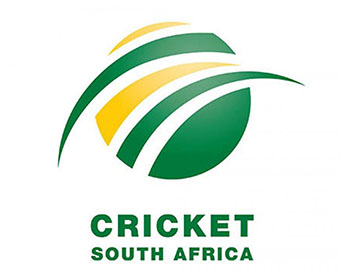 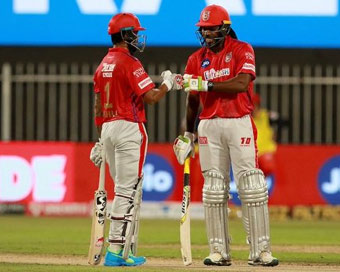 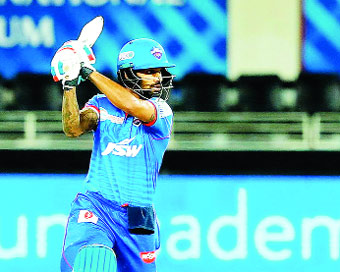 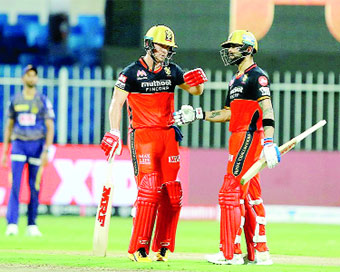 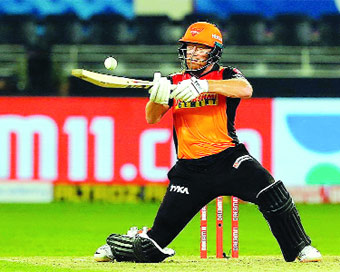 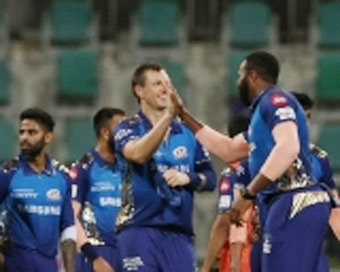 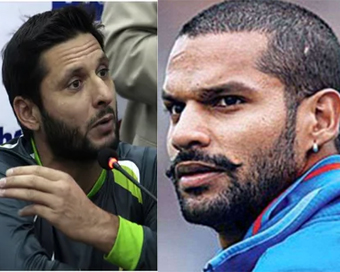